Invest in active and public transport

A Green New Deal for Victoria is an opportunity to transform the way we move around our city and state.

The Greens have a clear plan that would see us build a truly world-class metro rail system, modern tram network and create more space for people to walk and ride their bike.

Together will cut congestion, cut carbon emissions and create thousands of jobs with a Green New Deal for Transport. 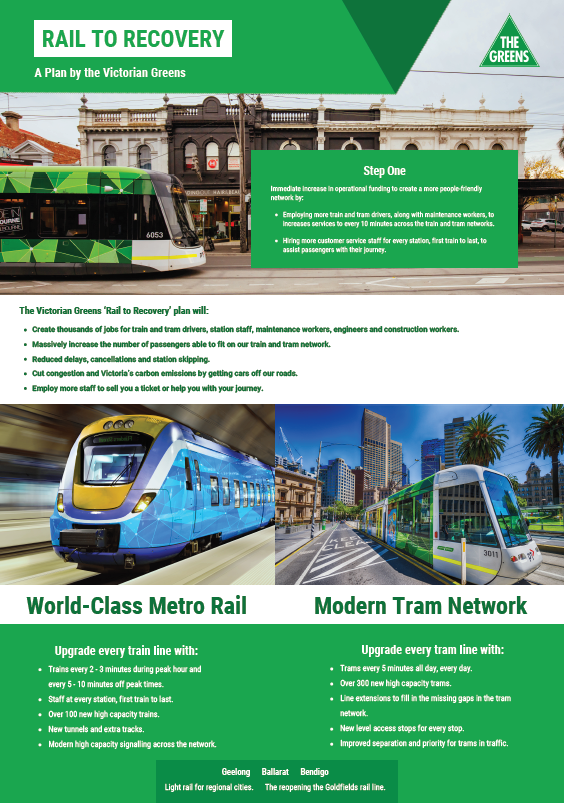 The first step of the plan would involve an immediate increase in funding to create a more people-friendly network by:

👷 Employing more train and tram drivers, along with maintenance workers

👩‍✈️ Hiring more customer service staff for every station, from the first train to the last, to assist passengers in buying a ticket and help them on their journey

Learn more about our Rail to Recovery plan.

In Melbourne and in cities across the world more people are choosing to ride bikes in response to COVID-19.

Our plan would see the construction of a new bike network that would include over 300 kilometres of separated bike lanes & paths and create around 5,000 jobs in engineering, construction and manufacturing.

The Safe Bike Network would see Melbourne become a world class city for cycling like Paris, Copenhagen, and Amsterdam.

The centrepiece of the network would be a 20km Bike Superhighway #1 running from Coburg to Elsternwick including the key routes of Sydney Road, Royal Parade, Flemington Road and St Kilda Road.

A safe, separated bike network for Melbourne would:

🚲 Improve people’s health, getting us fit and active! 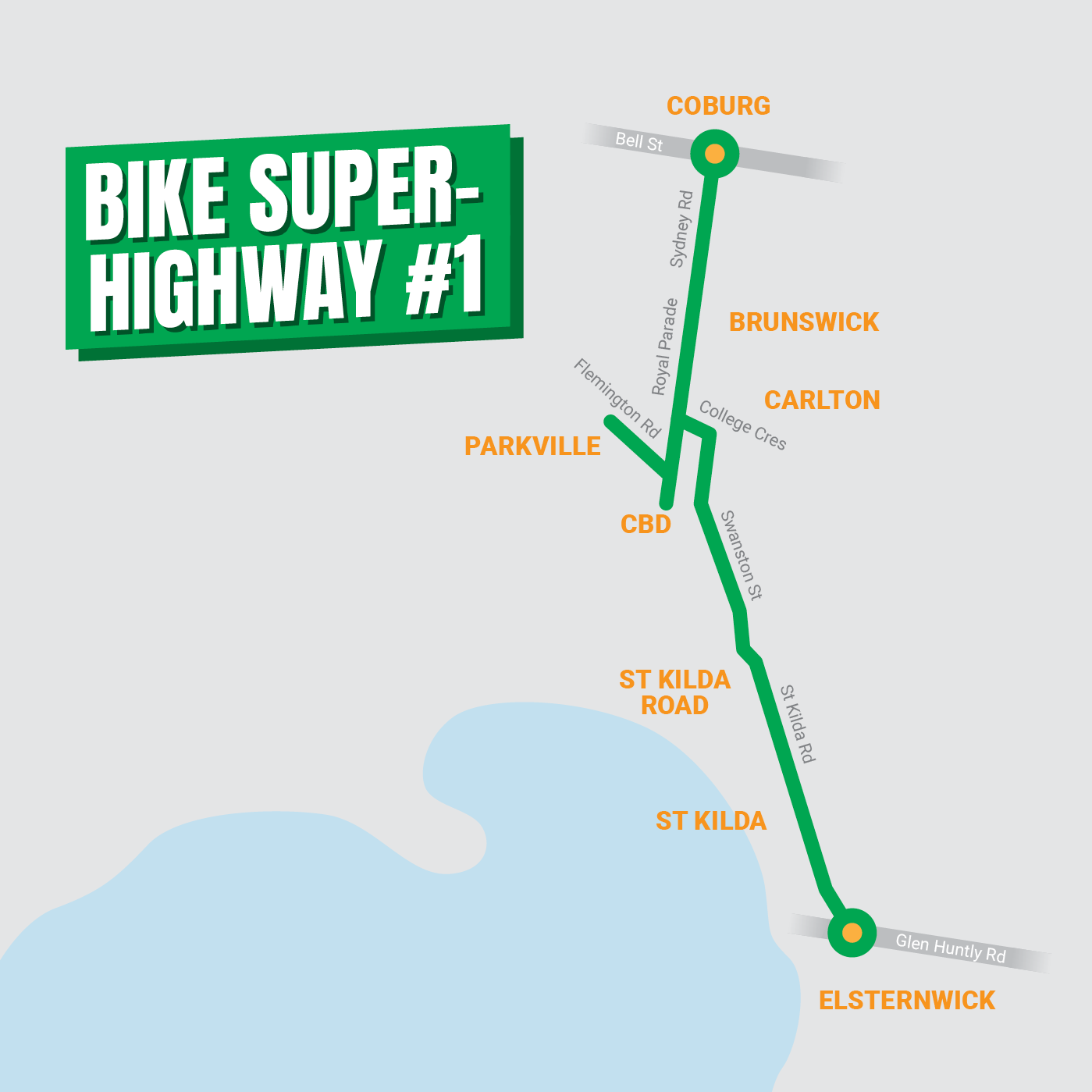