Nelson Mandela said “It always seems impossible until it's done”.

I have always stood for what is right, even when unpopular to do so. I have stood on the front-lines with the Greens for over two decades as a grassroots activist on issues that many thought were impossible to achieve. I believe we are at the cusp of real change including real action on climate change, the establishment of broad-based corruption commission and raising the rate amongst many other issues of importance. I proudly stand with you in your commitment to transform our nation.

From a profound family history that galvanised my entry into politics to twenty-three years of active engagement in the Greens, I have developed a wide range of skills and a strong knowledge base, while demonstrating consistent, effective leadership.

Over the past two decades, I have campaigned across a range of issues including environment, animal rights, refugees, LGBTI rights, and climate change. During this time, I have served as State Co-Convenor, Victorian Campaign Co-Convenor and other roles. I founded the first LGBTI group in the Victorian Greens in 1997 and organised all Greens contingents for Pride March for well over a decade. More recently, I have been organising the Greens’ presence at World Vegan Day and other animal rights causes.

As a member of the LGBTIQ community, an immigrant, and a person of colour, I have long valued our party’s commitment to inclusion and diversity. However, our federal party room needs to be more representative of our vibrant and diverse society. As your Senator, I will bring passion, patience, a collaborative style, and much-needed diversity and perspective to our party room.

What shaped my politics

I was born in Sri Lanka and lived through the horror of ethnic violence and war. As a 9 year old, I had to come to grips with the hatred that led to the murder of innocent people. I watched my mother stand in front of a mob to stop them breaking into a neighbour’s house where a family was sheltering. Only later did I learn that the smoke I was smelling came from burning bodies just up the street where we used to play. The vision of my mother standing in front of a mob to stop them is a most powerful memory.

My beliefs and politics are shaped by these early experiences. They are the wellspring of my endless energy to campaign year after year for a better world. For the past 23 years, I have chosen to work for that better world through activism with the Greens.

A long history of activism and campaigns.

My involvement in politics began at an early age and led to my election as a President of the Student Union at La Trobe Bendigo in 1995. In 1996, I stopped volunteering for the Labor Party and joined the Greens who were polling just 1.1%.  In 1998, I stood as the Greens candidate for Melbourne Ports. I have since stood for Prahran in 2002 (recording an 11% swing), and for Caulfield in the last state election.

My activism includes campaigning for a drug injecting room as far back as 1999 and campaigning for safe houses for street sex workers – controversial but fundamental issues of justice that, at times, attracted an extremely negative public reaction. But I have always tried to stand up for what is right.

Perhaps my most fulfilling political moment came in 2014 when I served as Campaign Manager for the Prahran campaign. I personally fundraised over $42k to ensure we made history by winning our first ever seat from the conservatives. I have since advised campaigns in Ballina (NSW) and Maiwar (QLD), both Greens wins from conservative parties.

There are many fine candidates in this preselection but there is none with a comparable combination of:

A strong Greens party is essential to the future of Australia. That has been my passion and my commitment for over two decades. I would be honoured to bring my personal dynamism and wealth of experience to the federal parliament.

I look forward to hearing from you if you have questions and I ask for your support. 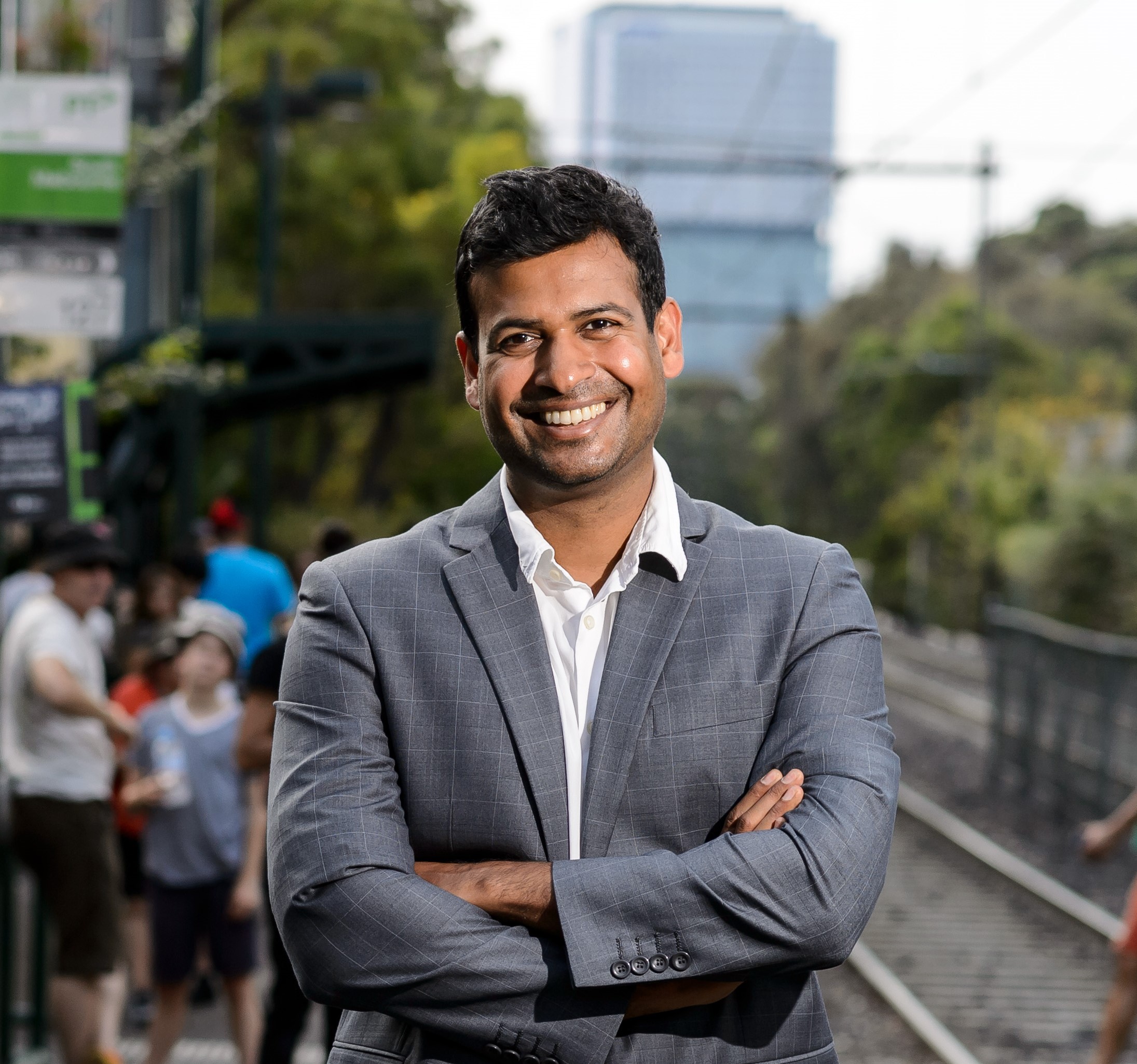 Come along to one of our online "Meet the Candidate" events and ask Dinesh about the issues that matter to you: