As the only party who continues to champion a transition process into cleaner energy, the protection of Australia’s irreplaceable flora and fauna and the fairness and equity within our local communities, I am humbled to be afforded the opportunity to put my hand up to represent The Australian Greens Victoria in the federal Senate.

I’ve been very proud to have spent the last 12 months in the role of National Co-convenor which has allowed me to be a part of the way we tackle new prospects for growth and new challenges to conquer. The role of the Co-convenor of the The Australian Greens needs steady hands and someone who is committed to the consistent development, improvement and responsibility of the entire party, and I believe that we have shown this as we navigate our second term within this challenge. With the dynamic partnership of Catherine Garner I am especially proud to know that we are the youngest team to convene the party. During the preselection, I intend to take a leave of absence from the national role, but know that the team in strong and capable. We have valued the membership above all, and created several opportunities for their voices to be head and for a stronger participation in the grassroots democracy of our party. I have a strong working relationship with the federal party room currently, having attended serval party room meetings and planning retreats, which has given me a great insight into exactly where our team are going. I will be able to be immediately begin working with our communication strategies and promoting our fantastic plans, including The Green New Deal and Next Gen Guarantees.

We need a megaphone in the senate and in front of the voters, and I’m sure many state councillors would agree that I can certainly mange that!

I have served the AGV in a variety of roles across local branch, state and national level, including that of State Convenor between 2015-2017, 2018-2019. I have been a candidate, notably running against Greg Hunt in the 2016 federal election in the seat of Flinders. I began my connection with the Australian Greens, serving as the Victorian Alternate delegate to National Council, and taking an active role in the ASHCIR panel. I am a practiced facilitator and a skilled public speaker. Previously working in the Renewable Energy sector, and I am now employed as a secondary teacher in an outer suburban public school.

However, more important than other role I’ve held in the past 16 years, I am a role model for my three daughters. Like every generation, I had hoped to pass on to my daughters a world that was just a bit better than the one my mother had thoughtfully passed on to me. But I dismay at the growing inequality of our cities, the challenges facing our rural communities and financial burden the young people of today are going to need to manage when this generation finally gives in its sceptre. My daughters can see our government’s wilful ignorance on the science of climate change, and begrudge its lack of action during any type of crisis. They see and they understand. I know that for the young women I work with, it can see hopeless to think that change is possible.

I want to show them that a girl from the suburbs can step up and make a difference. I honestly believe that you cannot be what you can’t see. I want to inspire all our members and supporters to feel empowered, valued and important members of our political landscape.

As the representative for Victoria in the senate, I would work hard to make sure that The Greens are seen; seen to be holding this government to account; seen to be fighting for our environment; and seen to be standing up for what matters.

Thank you for all that you do for us. 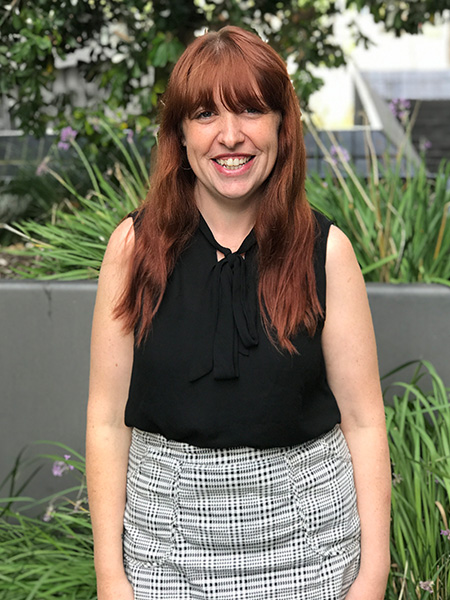 Come along to one of our online "Meet the Candidate" events and ask Willisa about the issues that matter to you: