I’m a student climate activist, passionate about creating a cleaner, greener, and fairer future for all of us.  Born and raised on the Northern Beaches, I am deeply committed to giving young people a voice in Parliament.

I’m standing for Mackellar because, as a young person witnessing the climate crisis unfold before me, I think of the future and see the changes we urgently need. The lack of young, diverse voices in Parliament - where debate is dominated by the market-oriented rhetoric of our major parties - contributes to young people’s climate anxiety, political apathy, and increasing desire to disconnect from society.

As your representative in Parliament, I would champion a voice for all and a future for all.

As a Mackellar resident, I’m also in touch with local issues. I’m passionate about protecting Mackellar’s beautiful environment - bush, beaches, and lagoons. Alongside this, I’m absolutely committed to fighting for:

Whether it’s climate change, lack of affordable housing, poorly resourced schools, ridiculously expensive tertiary education, degradation of Australia's environment, or lack of affordable and accessible mental health services, the federal government has a pivotal role to play to deal urgently with the complex issues faced by our community - which is why we must have our voices heard.

Whilst employed casually to support my education, I have not been afraid to work hard fighting for our community - something I’ve done for as long as I can remember. Whether it was lobbying the Northern Beaches Council for a new community garden or protesting offshore gas projects which threaten our ocean and wildlife, I’ve always stood up for what matters.

I represent the Frenchs Forest ward on the Northern Beaches Council’s Youth Advisory Group, where I’ve advocated for the well-being of young people across Mackellar. If elected, I would create a similar local committee to discuss policy and provide young people’s input to the federal chamber.

For some time, I’ve been one of the many young voices calling for action on climate change, more recently as an organiser with the Student Strike 4 Climate movement. If elected, I will continue to fight for both the community and the environment.

I’m also determined to get current NSW Greens Upper House MP David Shoebridge elected to the Senate. In particular, I’m excited to see David continue his work tackling corruption and ensuring integrity in our Parliament, as well as fiercely advocating for First Nations justice and a treaty, now.

The Greens have the policies, we have the costed plans, and we know how we’ll enact them.

This election, we need to seize the opportunity to create meaningful change in Mackellar - not just in the short term but for the years and indeed generations to come. This election, let’s make it clear that we want a local member who works for all of us. This election, Vote 1 Greens: because tomorrow needs your vote today. 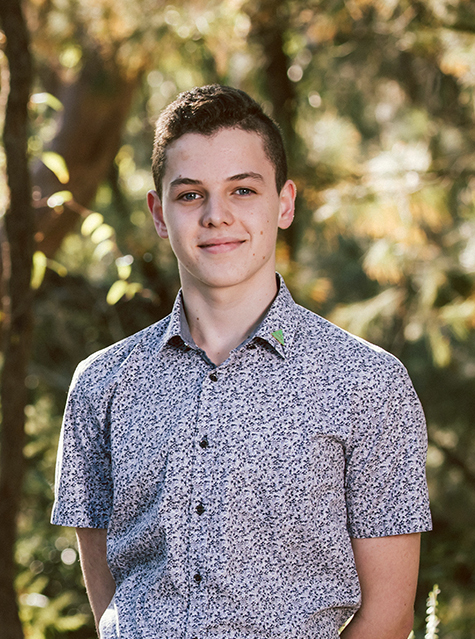