Kerry was elected as an Australian Greens Senator for New South Wales in 2001, serving until June 2008.

Kerry commanded the respect of her fellow senators for her conscientious hard work and good humour. She was a tireless advocate for refugees and against mandatory detention, the forced deportation of asylum seekers and the so-called Pacific Solution, which marks a shameful episode in Australia's history.

Kerry, along with Bob Brown, made international news in 2003 when they made a stand in Parliament during a speech by US President George W Bush, opposing the war in Iraq and the detention of David Hicks and Mamdouh Habib.

Kerry has been a strong voice for public education and a fierce opponent of voluntary student unionism. She also campaigned for justice in East Timor and West Papua. 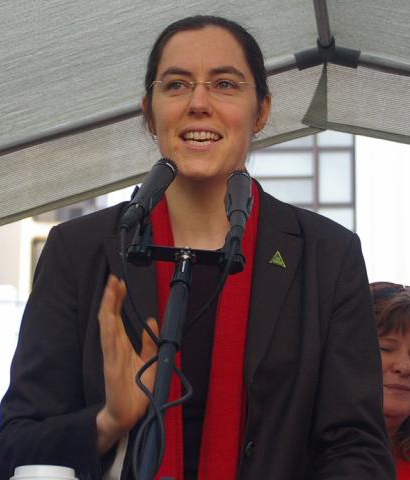