What a tremendous disappointment. 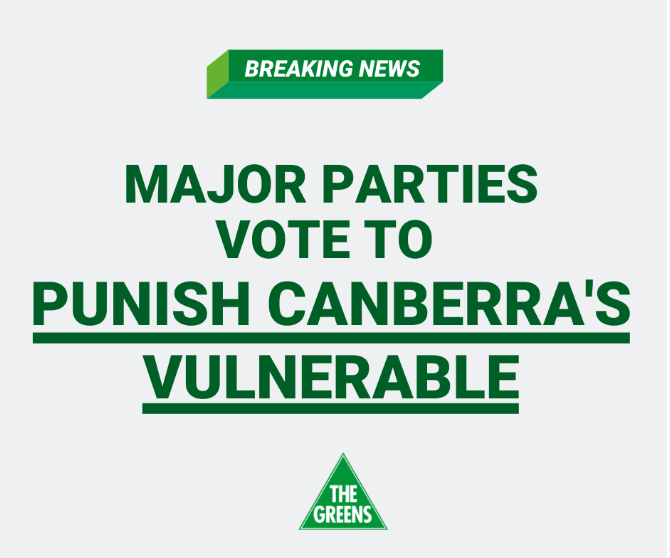 In a debate on the Litter Act earlier today, the major parties voted to aggressively penalise vulnerable people in our community for littering offences – upping this from $300 to $500 for “aggravated littering offences”.

Do the major parties really think that massively increasing littering fines will prevent those most vulnerable in our community from occasional acts of littering?

Do the major parties really think that paying a huge fine for littering is really a priority for someone experiencing homelessness, or a person who uses drugs?

What does this say about the Government’s priorities?

A punitive approach won’t work. It won’t keep our community safe. Instead it’ll simply compound the disadvantage that those most vulnerable are already experiencing.

Let’s be clear – the Greens don’t condone littering. That said, we will not stand by as some of the most vulnerable in our community, such as people who use drugs or people experiencing homelessness , are disproportionately impacted by what is clearly otherwise well-intended legislation.

The Government shouldn’t be focusing on excessively penalising the symptoms of disadvantage - but instead, be concentrating on supporting the vulnerable in relation to far more important issues, like housing insecurity.

The major parties also refused to back calls from the Greens for an advisory council that would assist the government to develop a hoarding code of practice.

It’s a question of priorities. Please be assured that the Greens will always act in the interests of a sustainable, inclusive Canberra.