Amanda Bresnan is a former member of the ACT Legislative Assembly representing the electorate of Brindabella.

Amanda studied at Griffith University in Brisbane, after which she moved to Canberra to work in policy development in the public and community sectors. She served in roles including senior policy officer at ACT Health, policy manager for the Consumers’ Health Forum of Australia, and the director of policy at the Mental Health Council of Australia.

In the 2004 ACT election, Amanda ran as a Greens candidate for the electorate of Molonglo but was unsuccessful. She also ran unsuccessfully for the lower house seat of Canberra in the 2007 federal election.

In 2008 Amanda ran in the ACT election, this time for the electorate of Brindabella, and was successful. While in parliament she held the portfolios of health, mental health, transport, disability, housing, ageing, multicultural affairs, industrial relations and corrections. She was also the ACT Greens’ party whip.

Amanda held her seat until the following election in 2012, when she was defeated. 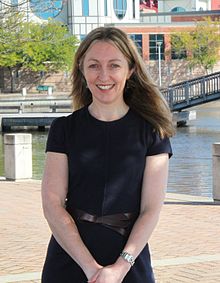