Campaigning in Mining and Pastoral

Frack off: battling to save climate, lands and First Nation's heritage in the Mining and Pastoral region

By Kimberly Smith, Greens Candidate for Mining and Pastoral (kim.smith@wa.greens.org.au)

Since being announced as the Mining and Pastoral candidate on 6th April, I’ve travelled more than 15,000 kilometres across my electorate, visited more than 20 towns, cities and communities, had hundreds of conversations and dozens and dozens of meetings.

While there are similar social issues right across the region, by far the most pressing issue in Mining and Pastoral Region right now is the power and influence of both the oil and gas sector and mining billionaires on WA politics and Government ‒ destroying cultural heritage, stifling First Nations’ People’s self-determination, stalling progress on climate action and preventing progress on fixing our inequality crisis.

In recent weeks, 350 Perth released a report highlighting just how extensive this influence is, exposing how many times the gas lobby had met with the McGowan Government and how many of those meetings led to donations to the Labor party, some within days or on the same day as such meetings.

And yet when it comes to climate action, the WA Government are missing in action ‒ being completely absent from the TedX Perth Climate Leaders Summit that myself and a number of Greens candidates attended, as well as taking almost their first full term in Government to deliver a Climate Policy ‒ which unsurprisingly makes no mention of reducing oil and gas extraction in WA. 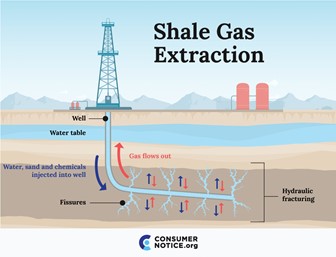 Currently on shore we have two methods for extracting gas and oil ‒ conventional, where the fuels just “flow” when a well is drilled, and unconventional, where the fuels need to be released from the rock they are bound within. Unconventional gas extraction requires hydraulic fracturing ‒ hence the term ‘fracking’ ‒ whereby a well is drilled into the earth and a mix of water, sand and chemicals are injected at high pressure to ‘fracture’ the rock, allowing the flow of gas or oil.

Despite making a commitment to keep WA frack free, the McGowan Government announced it was allowing 2 percent of WA to be opened up for unconventional gas (fracking) exploration. While 2 percent does not sound like much, it actually represents almost 53,000 square kilometres which is more than double the size of Diane Evers’ South West electorate. Yes, it’s that much land.

Since that announcement, dozens of oil and gas companies have applied for leases and begun to explore for oil and gas. The largest permit holder in the Kimberley is Andrew Forrest (of Fortescue Metals Group), under his company Squadron Energy and who has also made a bid to buy two cattle stations in the Canning Basin region, adjacent to the Martuwarra Fitzroy River, deliberately outbidding the Yi-Martuwarra Traditional Owners for the stations by $5 million. 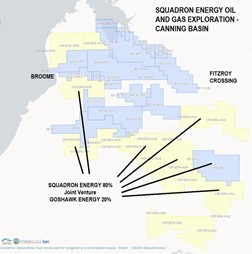 The most advanced fracking plans are currently in our Kimberley region, where Black Mountain (Bennett Resources) Oil and Gas have applied for EPA approval for six wells at Noonkanbah station, and Thea Energy and Buru Energy have signed Indigenous Land Use Agreements (ILUA’s) with traditional owners. The legitimacy of those agreements have been questioned by many who feel that greater free, prior and informed consent from First Nations people was needed.

Fracking poses a huge threat to vast areas of our Kimberley region and to the health of the National Heritage Listed Martuwarra Fitzroy River. Environs Kimberley reports that of the three wells formerly fracked under the Barnett Government, one was found to be leaking twice and another had leached radioactive material into waste water. With the potential for over 40,000 wells across these exploration leases and two of the existing three having already had issues, we can see how dire the situation is in the Kimberley. The potential for fracking to poison the Martuwarra is just too high a risk.

These areas of land are not empty or uninhabited wastelands. They are beautiful, diverse regions that are living, breathing entities, just like the Martuwarra itself.

They are loved and treasured homelands of their First Nations People for literally thousands and thousands of years. Homelands that have and will continue to support the people for a very long time, provided they are not destroyed by profit-seeking corporations and royalty-seeking Governments.

The nine traditional owner groups, who represent 65% of the population of Fitzroy Valley and belong to the River strongly oppose fracking and any irrigation schemes for broadscale agriculture ‒ something that is being considered by the McGowan Government and pushed by the very powerful Pastoralists and Graziers Association.

Gina Rinehart’s company Hancock Agriculture and the Harris Family from NSW are requesting 375 billion litres of water from the river to grow cotton and beef. Some reports claim the WA Government intend to give this water away for free, against the wishes of the traditional owners and the health of the river system. Moreover, farmers from the Murray-Darling Basin have called for the Martuwarra to be left alone so that it does not become “the next Murray-Darling disaster”.

Rest assured the resistance is growing, but people are tired from literally decades of resisting every corporate threat that our governments allow. The communities need our attention and our help more than ever.

And while I’ve been doing all these community and stakeholder engagements, Robin Chapple MLC and Senator Rachel Siewert have been unpacking the sheer audacity of the mining industry as well as successive governments following the destruction of Juukan 1 and 2 by Rio Tinto in May. While Rio’s actions were blatant, they were enabled by laws and a system that was written in favour of corporate profits, not for the protection and respect for tens of thousands of years of history that First Nations People hold in this country.

The WA Aboriginal Heritage Act did not protect heritage. The new Draft Aboriginal Cultural Heritage Bill also does not protect heritage in its current form and must undergo serious amendments according to the 150+ submissions to the WA Government. But this legislation will now be on hold until after the WA 2021 election. We absolutely must do everything we can to retain the seat of Mining and Pastoral as well as all our other Upper House seats and win South Metro ‒ we are the only party that can and will ensure that this legislation is improved and does what it’s supposed to do ‒ protect Aboriginal heritage.

What I’ve watched, heard and read over the last seven months is the consistent story of corporations and billionaires using their money and influence to fracture not just lands for gas, but communities for profit. They donate to the Labor and Liberal parties, the parties when in government make laws enabling their corporate greed and destruction of sacred ground and communities. Just like Kalgoorlie Consolidated Gold Mines did to my community of Williamstown in Kalgoorlie, when I was 11. As long as political parties are allowed to take corporate donations, things will not change.

In the Mining and Pastoral region, this is shaping up to be an election on fracking and putting an end to corporate influence over Government ‒ a challenge that myself and our recently announced Kimberley Candidate and Yawuru traditional owner Naomi Pigram are more than willing to take on.

If you’d like to help, please join our election campaigns, sign up to the Martuwarra Fitzroy River Council’s newsletter for updates, join Frack Free WA or Environs Kimberley and write to Stephen Dawson, Minister for Environment, Bill Johnston, Minister for Mines, and the Premier, Mark McGowan to demand an end to fracking in WA.

Only people power will get this done.