History of The Greens (WA)

The Greens (WA): A Unique History of Firsts

In 1984 West Australian Jo Vallentine was elected to the Senate representing the Nuclear Disarmament Party. Following the formation of The Greens (WA) in 1990, Jo was re-elected as the first Greens Senator in Australia.

Senator Christabel Chamarette followed her in 1992 and was joined by Senator Dee Margetts in 1993.

Western Australia is the second State (after New South Wales) in which the Greens have won a single member, or lower house, seat.  When Jim McGinty, the leader of the ALP Opposition, resigned his Fremantle Legislative Assembly seat in 2009, a by-election was held. The strong Fremantle local group, helped by many other members of the party, threw themselves into the by-election. When Adele Carles  won the seat, it was the first time the Greens outpolled the Labor Party on the primary vote in any Labor-held seat. Adele later resigned from the Greens but continued to sit in the lower house as an independent.

The Greens (WA) in the Senate.

The Greens (WA) was formed to contest the 1990 Federal election, growing out of a coalition of the Green Party and progressive political groups with interests in peace and disarmament, environment and conservation, gender equity and social justice. Partly as a result of our roots, The Greens (WA) have always stood for a wide range of progressive issues as well as support for the environment. These include peace and opposition to the nuclear fuel chain; support for land rights; equality gender and workers’ rights.

The ideals and energy of the members of this newly formed party ran a successful election campaign within a year of the party’s formation - a campaign run out of a rented office, with borrowed furniture and hundreds of hours of volunteer labour.

Senator Jo Vallentine not only ‘took heart’, but also had a ‘feisty turn of phrase and willingness to challenge cant and custom’. She grew up in Beverley, in Western Australia’s conservative Wheatbelt. She was a member of the Quakers and involved in the opposition to the war in Vietnam. During her time in Parliament Jo continued her activism, for example marching on the Pine Gap Joint Facilities base near Alice Springs where she was arrested. After she resigned from Parliament Jo has maintained an active engagement in community issues. In November 2006, The West Australian named Jo one of the State’s 100 most influential people of all time. She has also been nominated for the Nobel Peace Prize.

In 1992 Jo resigned from parliament and Christabel Chamarette (1992-1996) was selected by The Greens (WA) to take her place. In 1993 Dee Margetts (1993-1999) was also elected to the Senate. Dee and Christabel held the balance of power in the Senate and were a strong advocates for Indigenous Australians during the debate on native title; they opposed Telstra's privatisation and proposed significant amendments to minimise the impact on rural communities. Prior to commencing her parliamentary career Dee was the state coordinator for the People for Nuclear Disarmament (1988-1991) and she continued the work of Jo  providing strong representation on peace and nuclear disarmament issues. She provided consistent, solid and dependable representation on social justice, health, education, the workplace and issues of regional importance such as East Timor and Bougainville. Her electorate office undertook wide-ranging support of community groups and individuals.

When Christabel and Dee lost their seats, in 1996 and 1998 respectively, Bob Brown remained as the sole Australian Greens Senator. In the 2001 Federal election, Bob was joined by Kerry Nettle from New South Wales.

In 2004 Christine Milne from Tasmania and Rachel Siewert from Western Australia were elected and at the 2007 election Sarah Hanson-Young from South Australia and Scott Ludlam from WA joined the Senate team.

In 2013 the Senate vote in WA dropped to 9.48% and it appeared that Scott Ludlam had lost his seat.  A combination of an extraordinarily close vote, which precipitated a recount, and the loss of 1370 ballots which could have affected the election outcome, resulted in an historic half Senate by-election for WA called for April 5 2014. A strategic campaign built on a huge grassroots effort of door knocking and phone calling produced a groundswell of support for the Greens, resulting in their highest ever vote in WA, 15.55% and Scott Ludlam was duly re-elected.

In one of the biggest campaigns ever for The Greens (WA), in 2016 we re-elected our existing senators, Scott Ludlam and Rachel Siewert. Our largest volunteer turn out was responsible for getting them both over the line again.

However sadly in 2017 Scott was caught out by section 44 of the constitution and resigned. Section 44 requires that federal parliamentarians are not dual citizens. On a count back, Scott was replaced by Jordon Steele-John who was third on the WA Senate ticket.

The Greens (WA) in the Legislative Council.

There have been ten Greens (WA) parliamentarians in WA’s State parliament.

In 1993, Jim Scott (1993-2005), a theatrical sets builder, was the first Greens representative to be elected to WA’s upper house. He was elected to represent the South Metropolitan Region, a lone voice in the upper house which had always been controlled by the conservative side of politics.

In 1997, Jim Scott was joined by Giz Watson  (1997– 2013), an environmental scientist and builder, representing North Metropolitan Region and Dr Christine ‘Chrissy’ Sharp (1997-2005). A tree farmer and member of the Environmental Protection Authority 1989-1995, Christine represented the South West Region, becoming the first woman chair in WA’s Parliament when she chaired the Standing Committee on Ecologically Sustainable Development.

In the 1997 election, the conservatives lost control of the Legislative Council for the first time. From 2001, when five Green MLCs were elected, until 2008 the Greens held the balance of power in their own right. The balance of power meant more input into parliamentary outcomes but a significantly increased workload, as every piece of legislation had to be carefully examined.

In the 2001 State election, Giz, Jim and Chrissy were joined by Robin Chapple for the Mining and Pastoral Region and former Senator Dee Margetts for the Agricultural Region, the first time that the Greens had won representation in these regional seats.

In 2005, Giz, Dee and Robin recontested their Upper House seats but only Giz was re-elected. She was joined by Paul Llewellyn (2005-2009), an environmental planning and management consultant, and wind-energy planner, who was elected to represent the South West Region.

In the 2008 state election the Greens (WA) vote increased. Giz Watson was re-elected, Lynn MacLaren (2005 replacing Jim Scott; 2009-2017) won the South Metropolitan seat and Robin Chapple regained the Mining and Pastoral seat. The East Metropolitan region was won for the first time, by Alison Xamon (2009-2013). Unfortunately, Paul Llewellyn lost his South West seat. In this election, the Greens achieved the requirement for party status. For a brief period this meant some additional resources for our state parliamentary team.

The Greens were instrumental in legalising abortion and promoting choice for women, for example incorporating breast-feeding into the Equal Opportunity Legislation in 2010. They supported one vote one value in the lower house and significantly improved workplace laws, shaming the ALP government in 2002 into action against the harshest Industrial Relations laws in the country.

With the balance of power, the Greens were critical to securing laws providing equality to the LGBTI community. On the environmental front, the Greens protected old growth forests, Ningaloo reef, the Yaradagee aquifer and were influential in keeping WA free of GM crops.

The Greens MLCs insisted on thorough scrutiny of legislation via the Standing Committees of the Parliament (often in the face of Government opposition) and significantly improved numerous Bills by proposing amendments. The Greens MLCs also worked to block negative proposals: for example the inappropriate development of the heritage listed Sunset Hospital site, selling off part of Whiteman Park for housing and threats to close the Drug and Alcohol Authority.

In the 2013 State election, Giz Watson chose to run for the South West electorate but unfortunately was not elected. A swing against the Greens also resulted in Alison Xamon losing East Metro. Lynn MacLaren retained South Metro and Robin Chapple retained Mining and Pastoral.

In 2017 we increased our representation in the WA Legislative Council from two members to four. Sadly however Lynn MacLaren lost her seat in South Metro region. 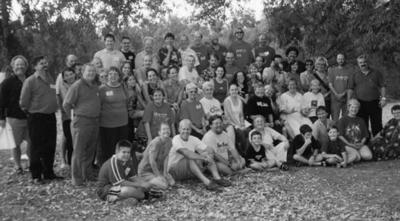