Dr Chrissy Sharp, PhD, MA, BA (Hons), was born in London in 1947. She completed a Bachelor of Arts with Honours at the University of Sheffield, and a Master of Arts (Political Science) at the University of Kent. She travelled widely before coming to Western Australia in 1973, later completing a PhD at Murdoch University in 1983 on politics and ethics around the logging of old-growth forests, titled Perspectives On The Shannon: A Study Of Subjectivity In The Making Of A Political Issue.

In 1974 and 1975, Chrissy was a journalist for the ABC, and during that time was a prominent activist in Western Australia's burgeoning forest movement. While an ABC journalist, her investigative journalism into an incident at Skull Creek (near Laverton) prompted a WA Royal Commission into police treatment of indigenous people. This led in turn to the practice of employing Aboriginal police aides in WA.

In 1977, she moved with her partner from the city to a farm in Balingup, where she started a local business as a tree farmer. She was a member of the Environmental Protection Authority from her appointment in 1989 to 1995. She was the first woman to be appointed to the EPA. Chrissy served on the Donnybrook-Balingup Shire Council. In the 1989 state election, she worked for the Greens candidate for the South West Region, Louise Duxbury, on policy development.

While in parliament she was the Chairman of the Standing Committee on Ecologically Sustainable Development from 26 June 1997 to 10 January 2001. She was the first woman to chair a committee in the WA parliament.

She was also a member of the Standing Committee on Environment and Public Affairs in 2001 and Chairman, Standing Committee on Environment and Public Affairs from 2001 to 2005. During her time in parliament, she chaired 15 inquiries, three of which were on WA’s native forests. These inquiries were an important factor in encouraging the Gallop ALP Government to take substantive step towards ending the logging of old growth forests.

Chrissy was the founder and is currently chairperson of Golden Valley Tree Park, WA's largest arboretum. In 2008 she was a participant at the Australia 2020 Summit held in Canberra, to “help shape a long-term strategy for the nation's future.” In 2018 Chrissy and her partner Andrew Thamo were joint WA Environmental Volunteers of the year for their 40 years work to establish the Golden Valley Tree Park, in partnership with the Department of Biodiversity, Conservation and Attraction. 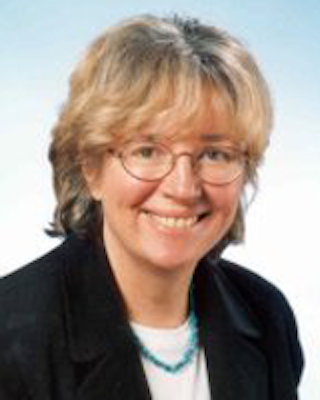