Christabel replaced Jo Vallentine in 1992. During her time in the Senate she held a challenging role in the balance of power, refusing deals that traded issues or values for unrelated outcomes.

In 1995, she proposed an Export Control Amendment Bill that would ban woodchip exports from old-growth forests. She delayed the Mabo legislation by demanding the inclusion of mineral rights in the compensation package for native title holders.

In 1993, Christabel was joined in the Senate by Dee Margetts. Christabel and Dee opposed the two stages of Telstra's privatisation and proposed significant amendments to minimise the impact on rural communities.

Both Greens (WA) senators worked actively with Indigenous groups on Native Title and other issues during their time in the Senate.

Christabel was a member of several parliamentary delegations: to the Republic of Korea, Pakistan and Malaysia in 1992; to the Chemical Weapons Convention in Paris in 1993; and to the 41st CPA Conference in Colombo, and bilateral visit to Sri Lanka, in 1995.

Christabel was defeated at the 1996 general election. After leaving politics, she was Clinical Director of SafeCare, formerly the Sexual Assault in Families Program, from 1997 to 2008. 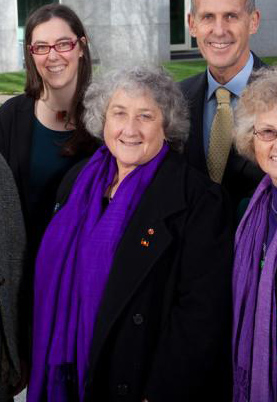