Dee was elected to the Senate in 1993, holding balance of power with Christabel Chamarette until 1996.

Dee continued the work of Jo Vallentine by providing strong representation on peace and nuclear disarmament issues in parliament. She provided consistent, solid and dependable representation on social justice, health, education, the workplace and issues of regional importance such as East Timor and Bougainville. Dee provided a voice of good sense on budget and economic policy. Her electorate office undertook wide-ranging support of community groups and individuals.

Dee opposed the original legislation on National Competition Policy in 1995. Both Christabel and Dee opposed the two stages of Telstra's privatisation and proposed significant amendments to minimise the impact on rural communities. Dee was a member of two Senate committees inquiring into the privatisation of Telstra and wrote minority reports outlining concerns about the sale.

Both Greens (WA) senators worked actively with Indigenous groups on Native Title and other issues during their time in the Senate. She was a member of an official delegation to South Africa, Namibia, Zimbabwe and Botswana in July 1994.

Dee lost her Senate seat at the 1998 federal election. In 2001, she was elected to the West Australian Legislative Council for the Agricultural region. While in the council, she was a member of the Standing Committee on Public Administration and Finance. She lost her seat at the 2005 state election. 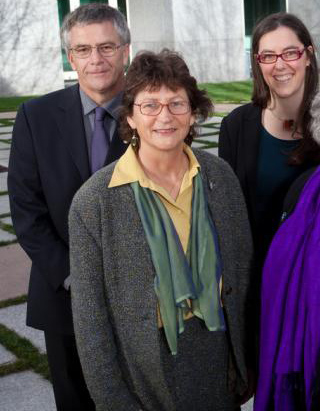