Giz Watson was the member for North Metropolitan Region from 1997 to 2013.

She was first openly lesbian parliamentarian in Australia and played a key role in lesbian and gay law reform. In 2002, she helped to draft legislation that granted gay and lesbian couples the same rights as de facto couples, which was particularly progressive in terms of their rights as parents.

Giz has been at the forefront of resisting national and international attempts to dump nuclear waste in Western Australia, and to prevent uranium mining in the state. Her efforts saw several local councils pass motions opposing the transport, processing and/or storage of non-medical nuclear materials in their local areas.

In Parliament, Giz fought passionately for justice issues defending the rule of law and civil liberties. She chaired the Legislative Council Standing Committee on Estimates and Financial Operations, which dealt with any matter relating to the financial administration of the state as well as the budget estimates.

As an MLC, her portfolio areas were agriculture,; biodiversity; environment; finance and economics; fire and emergency services; fisheries and marine; forests; health; justice and prisons; multicultural issues; police; south west region; and sports and recreation. Other issues included accountable government (such as regulation of paid lobbyists, a cap on election expenditure, enquiries where corruption or waste appears to have occurred); climate change (no new coal fired power stations and a shift to renewable energy); human rights (for example over-representation of Aboriginal and Torres Strait Islander peoples in the criminal justice system; mandatory sentencing; prison over-crowding; stop and search powers; and prohibitive behaviour orders).

Giz’s interests in ecology, peace and social justice have been expressed in issues like urban bushland, community housing, opposition to the arms trade, gay and lesbian rights. She was at the anti-Vietnam war rallies in the 1970s and was active in the first direct action campaign in WA against clear felling of jarrah forests for bauxite mining.

In 2011 Giz was recognised in WA’s inaugural 100 ‘Women of the Century’ for her work in parliament and in the gay and lesbian community, and she was inducted into the WA Women's Hall of Fame. 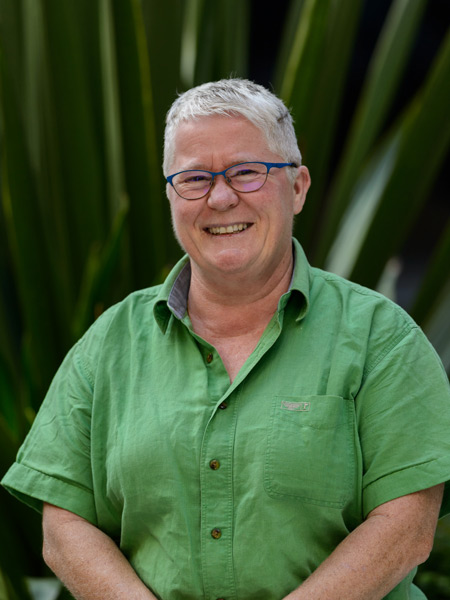