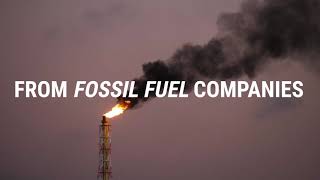 We are in a climate emergency

The climate crisis is threatening our safety, our jobs and the economy.

While the international community races ahead to curb emissions and move away from climate destroying coal and gas, Australia falls further behind. 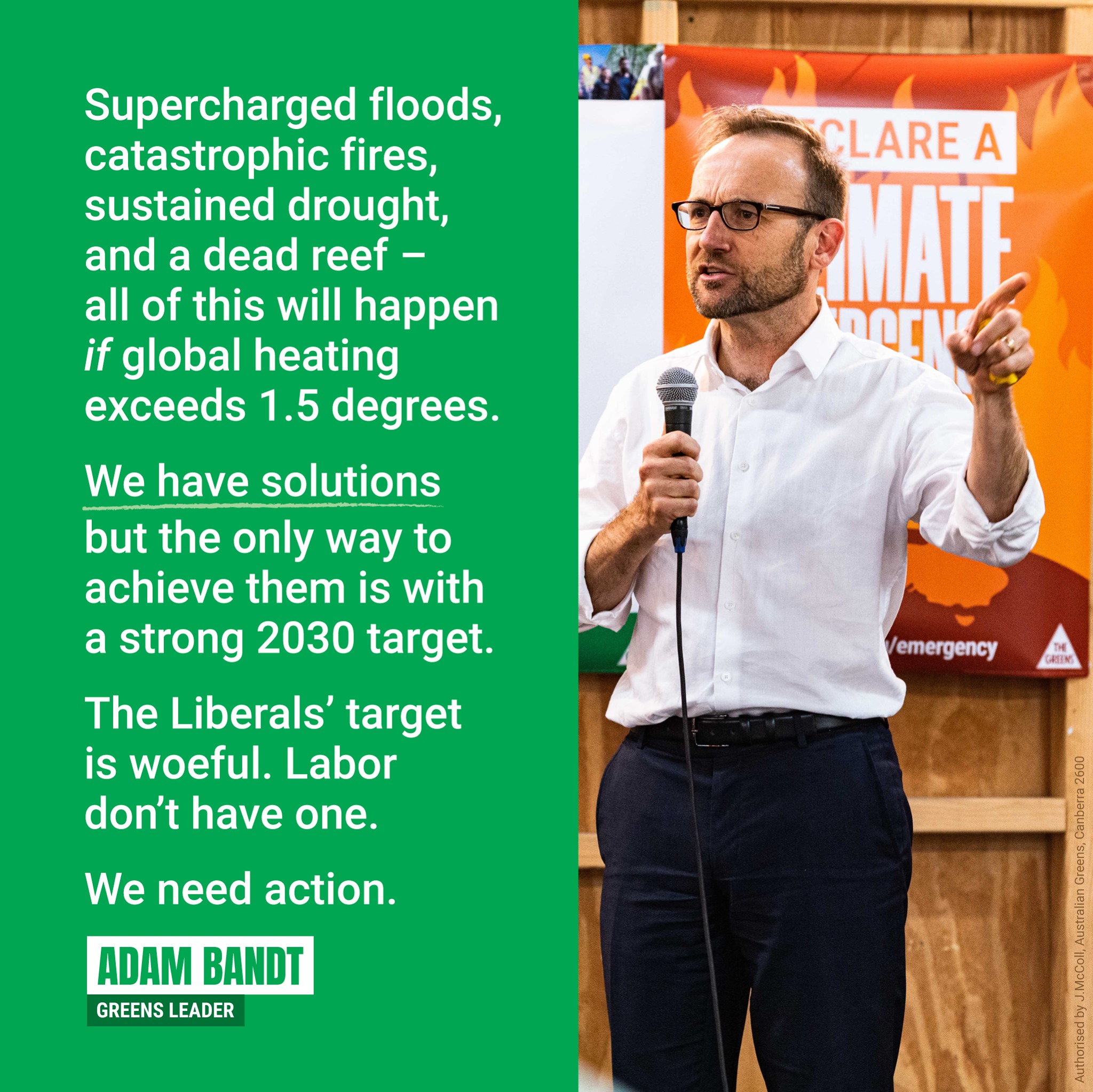 No more, coal, oil and gas.

Coal and gas are the biggest causes of the climate crisis.

The catastrophic floods and fires that we saw in Australia in 2019 are now becoming the norm all over the globe. 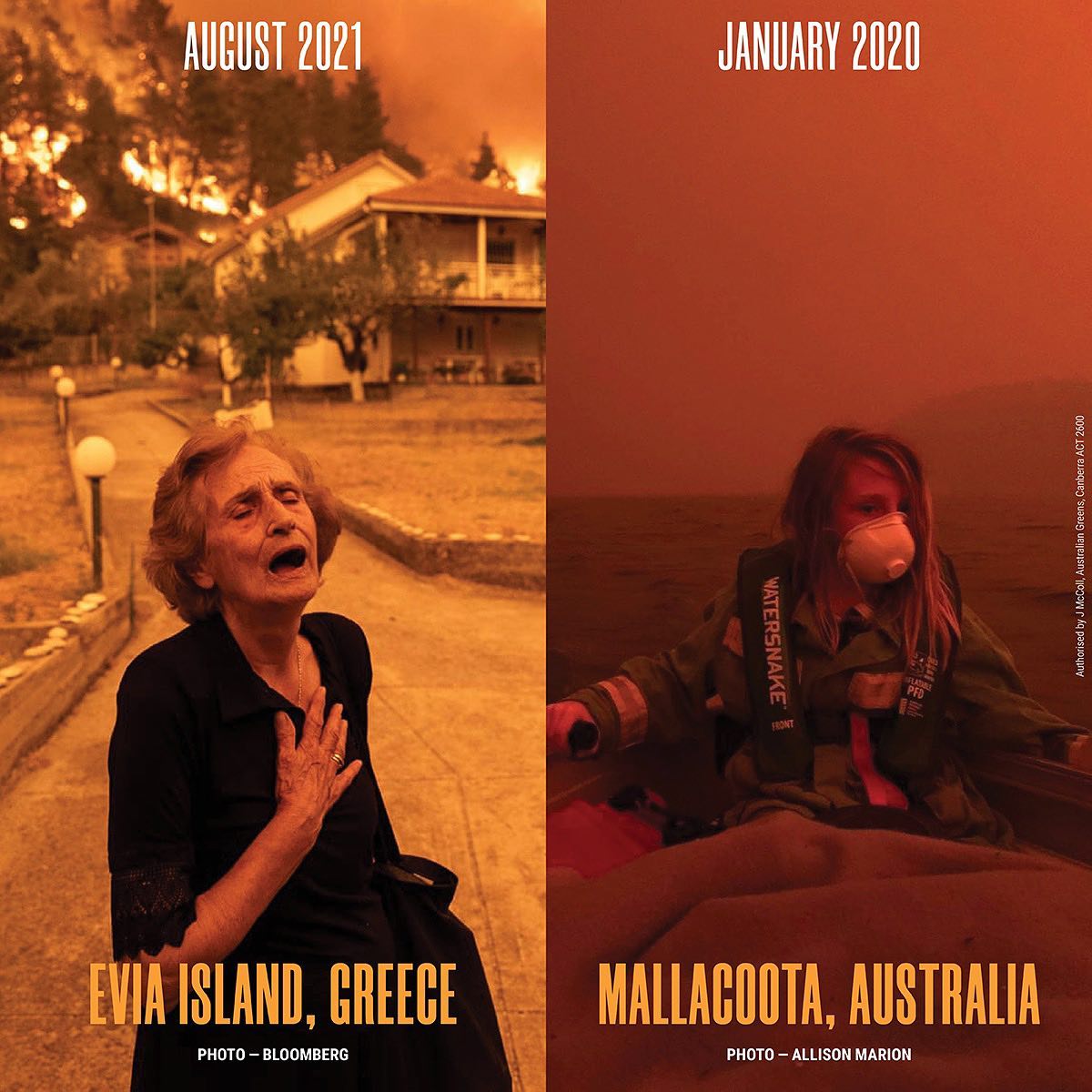 The dirty donors ruining our planet

We should be taking urgent action to end our use of coal, oil and gas. But instead, Labor and the Liberals are backing plans for more coal and gas.

Why? Because they take millions in donations from big coal and gas corporations and billionaires.

In return these donors get special treatment. Many of the biggest coal and gas companies pay no tax and they send their profit offshore. 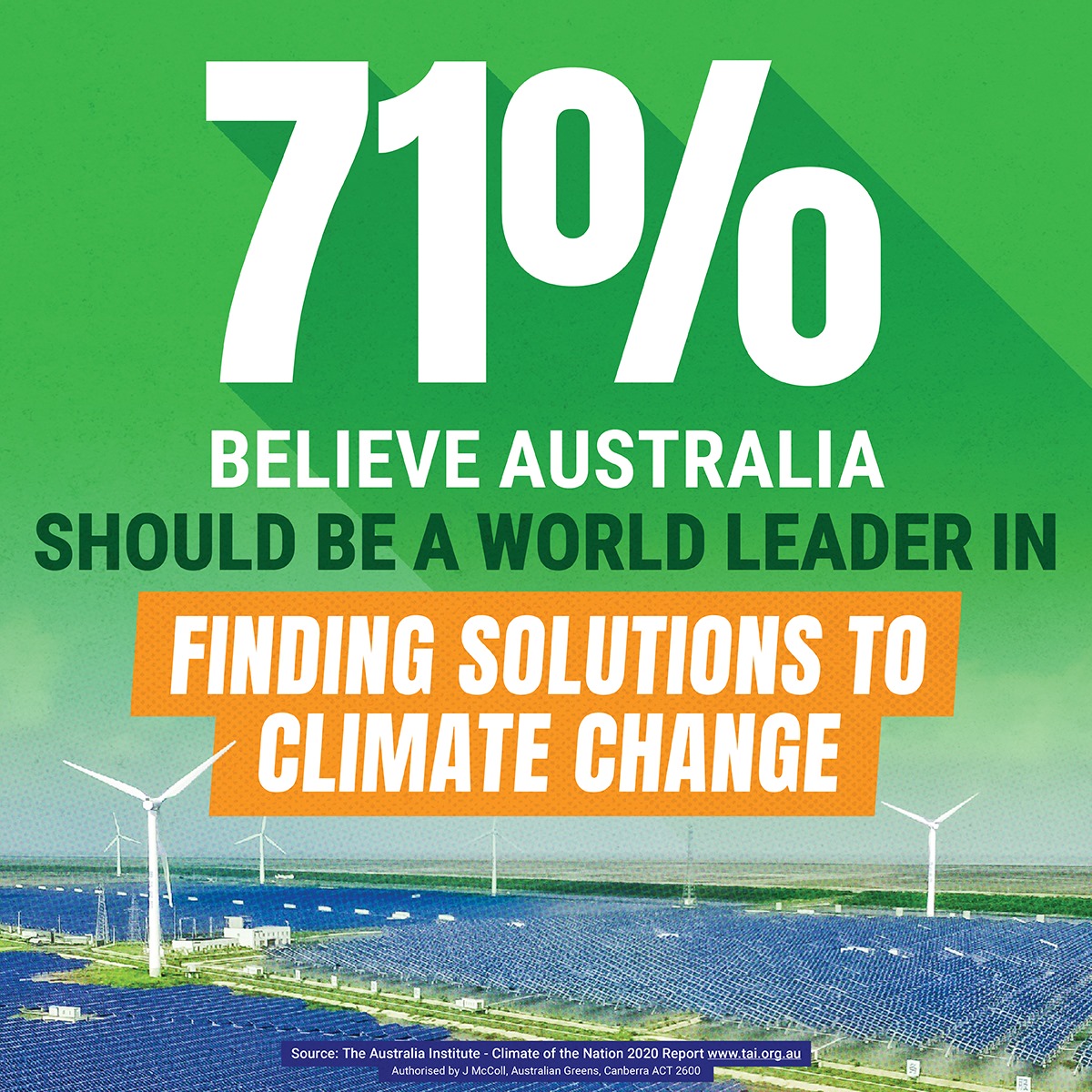 Jobs rely on a clean environment

Over a million jobs in industries including tourism and farming are at risk from the Liberals and Labor’s policies on the environment and climate.

If we continue on this track, we’ll experience huge economic losses, food, insurance and health costs will go up.

But if we act, electricity bills will go down, we’ll create more jobs and more economic opportunity. 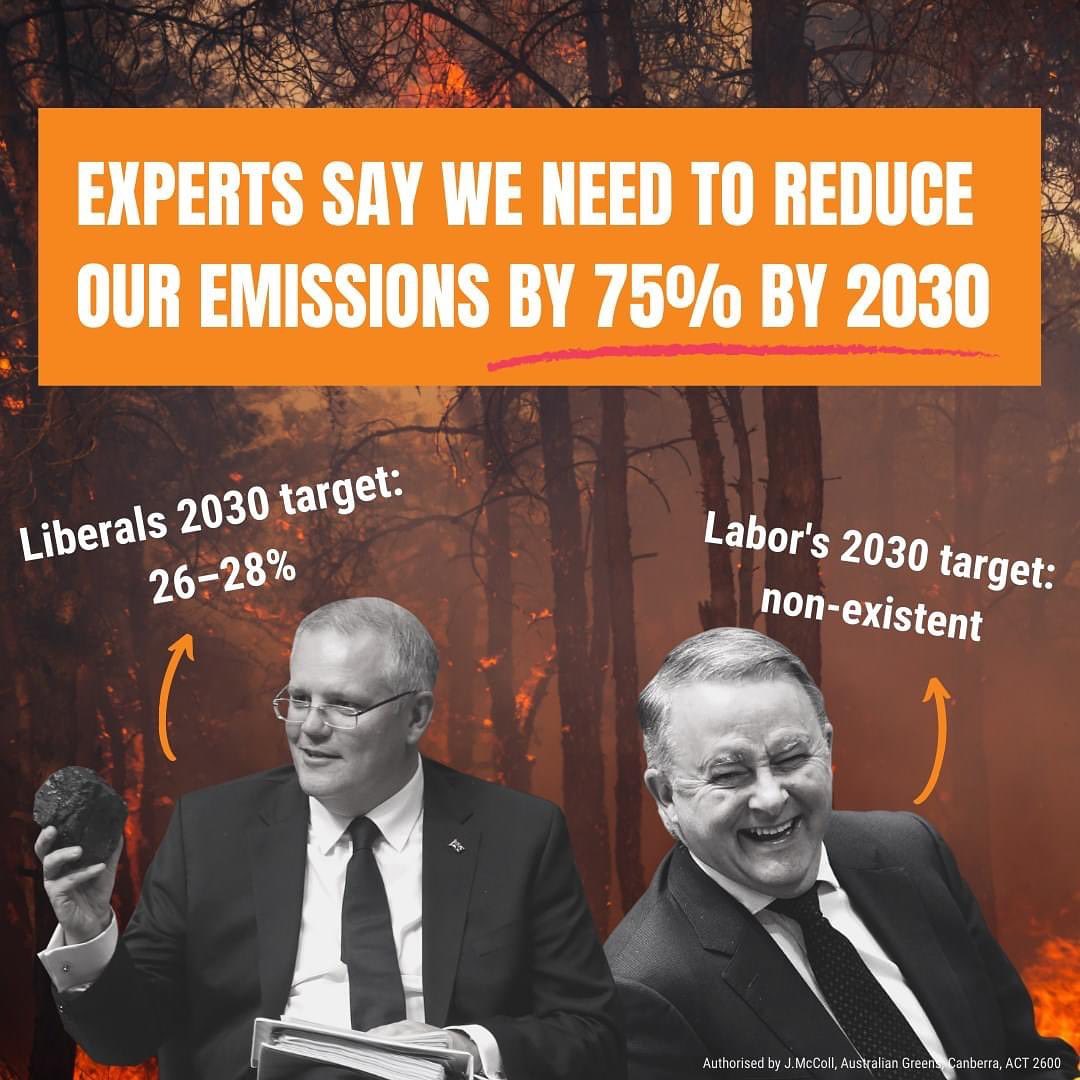 International eyes are on Australia

The rest of the world understands that urgent action is needed.

Joe Biden and Boris Johnson are racing to meet their 2030 targets. Back here in Australia, the Liberal Government and Labor are joining forces with Saudia Arabia and Russia in climate denial.

Delaying 2030 targets will be a death sentence for our country. The Liberals’ 2030 denial and Labor’s 2030 silence are putting Australian lives at risk.

Getting out of this mess

Real action on the climate crisis is closer than you think. The only time pollution went down in this country was when the Greens were in shared power and we can do it again.

With just a small change in the vote, we can kick the Liberals out, put the Greens in shared power and push the next Government to go further and faster on the climate crisis.

There is no government you can trust on climate action except a government with the Greens in shared power.

To turn around the climate crisis we have to fight for our future.

We have a plan to Fight for the Future and we need you to read it and share it with your friends and family if you want to see it become a reality.

Next: Fight for the Future

We can tackle the climate crisis and economic inequality, and create a better life for all.