The Greens and CPRS

The major parties and conservative media spend a lot of time cynically deflecting blame for a decade of inaction on climate change. Here’s what really happened.

For the past 13 years, we’ve been asked the same question: “If the Greens care so much about climate change, why did you knock off Labor’s CPRS in 2009?”  Here’s the answer:

We voted against the CPRS because it was bad policy that would have locked in failure to take action on climate change.

According to Treasury modelling, under the CPRS there would have been no reduction in emissions for 25 years. It gave billions in handouts to coal companies and big polluters, while it locked in emissions targets that failed the science.

It would not have led to any change in behaviour by big polluters, while any future attempt to strengthen the scheme would have resulted in billion dollar compensation payouts to big polluters.

It gave a false impression it was going to actually do something – in fact, Kevin Rudd’s own climate change advisor warned it could be better to go back to the drawing board.

Just months later, we worked with a more collaborative Gillard Labor government and Independent MPs to introduce world-leading climate legislation. We fought for – and achieved – a much better outcome.

This Greens-led package included a price on carbon that worked to reduce emissions, the establishment of the Clean Energy Finance Corporation and the Australian Renewable Energy Agency. It drove down pollution and has driven over $20 billion into over 600 energy projects around the country.

And what happened? Pollution went down when the carbon price was in force. This was one of the few precious times in our history where emissions actually reduced -- and, in spite of conservative fear-mongering, the sky didn’t fall in.

It was Tony Abbott’s callous destruction of the carbon price, based upon a lie that it was a “carbon tax”, that created the current toxic debate on climate and energy policy.

The carbon price was working before Tony Abbott was elected in 2013 and tore it down.

Now we’re seeing a Liberal/National party funded significantly by the coal, oil and gas industry, whose climate denialist MPs have torn down a Prime Minister over climate & energy policies. They’re pushing to build new coal fired power stations – against all advice from the market, experts and scientists.

And the Labor party, for all its talk, still takes huge donations from the fossil fuel lobby, backs the Adani coal mine and announced plans to open up dangerous fracking in the Beetaloo Basin in the NT – the equivalent of 50 new coal-fired power stations.

Meanwhile, the drought has worsened, bushfires are unprecedented and we’re seeing the destruction of the Great Barrier Reef, and the collapse of the Murray-Darling.

We’re in a climate emergency, and we need everyone to come together to find a solution that phases out the biggest contributors to the climate crisis: coal, oil and gas.

Unfortunately, right now, neither of the major parties have a plan to phase out coal, oil and gas because they accept millions in donations from the fossil fuel industry.

We’re committed to working with Labor, and we will keep trying. We reached out to Bill Shorten before the 2019 election, and we're working to find common ground with Anthony Albanese.

We have a lot of work to do in encouraging the Labor party to work with us as Julia Gillard did, when we delivered world-leading climate laws, but we remain optimistic. With unrelenting pressure from the community, the Greens can work with Labor for better outcomes.

It's already happening in the ACT. Since 2008, the ACT Greens have been in shared government with ACT Labor. Through collaboration, negotiation and mutual respect, we have built the most progressive and inclusive government in the country. In 2020 the ACT became the first state/territory in Australia to hit 100% clean, green, renewable energy. 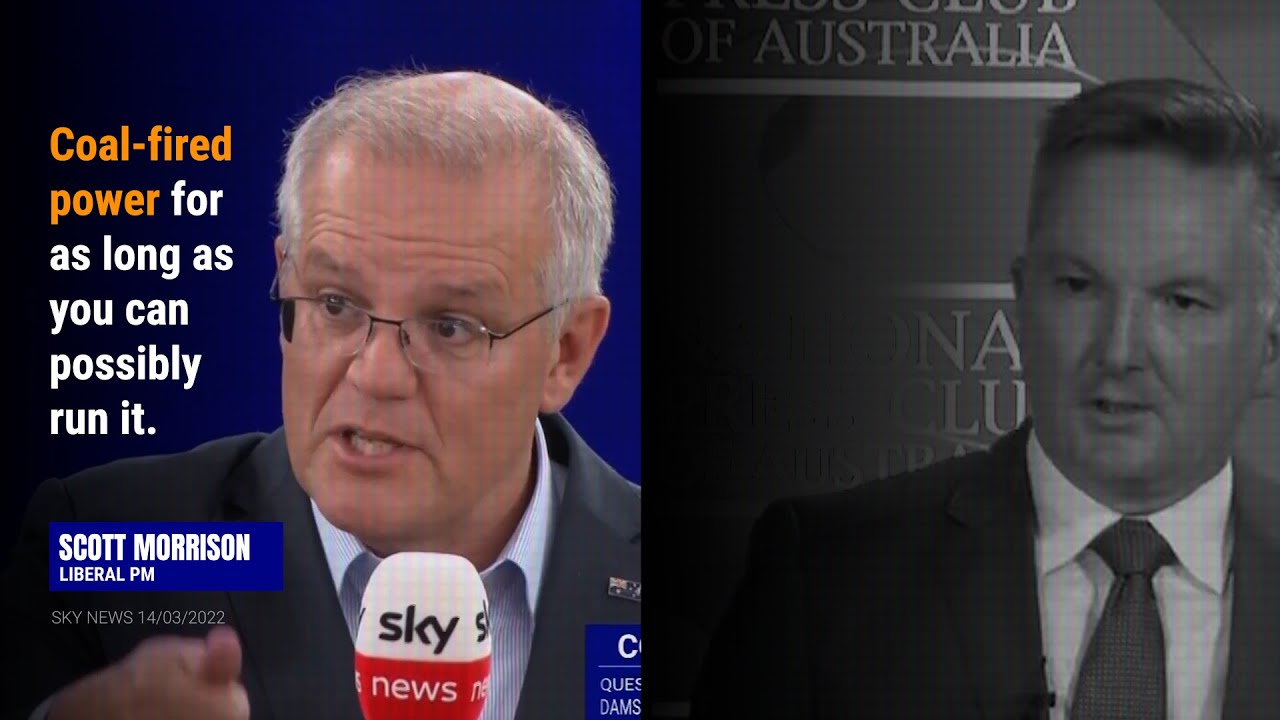 WE ARE RUNNING OUT OF TIME TO TACKLE THE CLIMATE CRISIS. THIS ELECTION IS OUR CHANCE.

Coal and gas are the major causes of the climate crisis.

Don’t be fooled by their big talk on renewable energy; the Liberals and Labor both support 114 new coal and gas projects and take millions in donations from coal, oil and gas corporations.

Liberal and Labor policies are fuelling the climate crisis.

Strong action on the climate is possible, now.

If just a few hundred people change their vote, we can kick the Liberals out, and put the Greens in the balance of power in Parliament.

We’ll have the power to push the next Government further and faster on the climate crisis.

Our first demand: an immediate freeze on all new coal, oil and gas projects.

Did voting down the CPRS mean 200m tonnes more CO2 in emissions?

No. The Greens worked with Labor to make laws that were far more effective than the CPRS. The Greens/Gillard Carbon Price saw record reductions in pollution that would have continued if Tony Abbott’s climate denying government hadn’t torn them up.

Why did you not vote for it and try and fix it later?

Labor did a deal with the Liberals to vote against Greens improvements to the CPRS legislation. The Greens wanted more ambitious emissions reductions, and less cash handouts to big polluters - but Labor’s refusal to even talk to the Greens meant that we weren’t able to fix the bill.

Find out how we can end the cash handouts to big fossil fuel corporations, create jobs, and improve the budget balance by $51.9 billion across the decade

Why is phasing out coal a priority? Can’t we agree to something else?

How we can get to Net Zero emissions by 2035

The world is already moving away from coal. Massive structural shifts are occurring in global energy, food and transport markets as the world moves away from outdated, polluting practices and adopts rapidly evolving clean technologies.

Our largest trading partners have already told us that they’re looking to transition towards a hydrogen economy - which will have major impacts on our coal exports. If we fail to acknowledge and prepare for this transition it will not only harm the climate, but leave coal workers and communities without a plan for the future.

Greens plan: A job-for-job guarantee for every coal worker